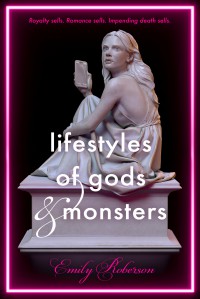 So I took a break from my regularly scheduled October menu of horror reading and read LIFESTYLES OF GODS & MONSTERS for this blog tour, and it was like stepping into an alternate reality. It's a YA fantasy, but it almost defies categorization because of how it brings the old world into the present and breathes new life into ancient myth.

Sixteen-year-old Ariadne’s whole life is curated and shared with the world. Her royal family’s entertainment empire is beloved by the tabloids, all over social media, and the hottest thing on television. The biggest moneymaker? The Labyrinth Contest, a TV extravaganza in which Ariadne leads fourteen teens into a maze to kill a monster. To win means endless glory; to lose means death. In ten seasons, no one has ever won.

When the gorgeous, mysterious Theseus arrives at the competition and asks Ariadne to help him to victory, she doesn’t expect to fall for him. He might be acting interested in her just to boost ratings. Their chemistry is undeniable, though, and she can help him survive. If he wins, the contest would end for good. But if she helps him, she doesn’t just endanger her family’s empire―the monster would have to die. And for Ariadne, his life might be the only one worth saving.

Ariadne’s every move is watched by the public and predestined by the gods, so how can she find a way to forge her own destiny and save the people she loves?

This is an astoundingly clever mash-up of Greek mythology, celebrity culture (think 'Keeping Up with The Kardashians'), and the Hunger Games; altogether the story of Ariadne and Theseus is told, where the gods are under the lens 24/7 just like Khloe and Kim, and ratings are always king. The monster is the Minotaur, Ariadne's brother, a tragic character, who is supposed to be killed by whoever solves the maze. Ariadne is caught between helping her new-found love or helping her family, with everything having been written by the gods.

Life's tricky when your dad is King of Crete.

It's kind of nauseating to read about Greek gods and goddesses caught up in the trappings of modern life, of cell phones, celebrity gossip, and social media, BUT its also really fun. Suspend your disbelief for a little while and imagine Ariadne with an iPhone. She is also a strong heroine in this novel who carries the whole storyline, making you root for her the whole way through.

Author Roberson is making Greek myth accessible for a newer generation at the same time questioning the way we value celebrity; she has written something decidedly clever and unique. Her writing is provocative without being too obvious, fand it's both funny and intelligent.

Purists may have a hard time with a book like this but it's hard not to get caught up in the idea of it. If you liked the Hunger Games, like Greek myths and can see the funny side of celebrity culture, give this is a go.

EMILY ROBERSON is the author of LIFESTYLES OF GODS & MONSTERS (Farrar, Straus and Giroux, October 2019). She lives in Little Rock, Arkansas.

Emily has been a bookseller in Little Rock, a newspaper reporter in Vicksburg, a marketing manager in Boston, and a writer in Chapel Hill and Dallas. She graduated from Brown University and has a master’s degree in English from the University of Texas at Austin. She now lives in Little Rock, Arkansas with her husband, three sons and no pets. 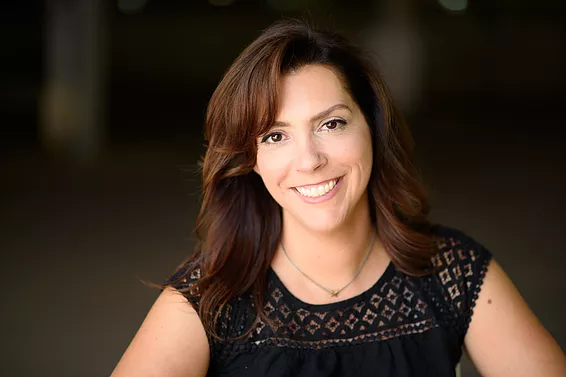 3 winners will receive finished copies of LIFESTYLES OF GODS & MONSTERS, US only.

*Thank you to Rockstar Book Tours for this blog tour!