Horrifying and magical somehow, 'Unbury' Carol blends genres, brings us one of our worst nightmares, and shows us another side of Josh Malerman 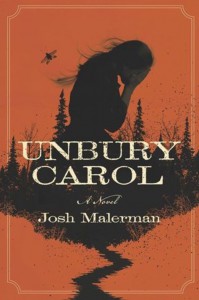 You know that nightmare where you're buried alive, in a coffin, the dirt just being piled on top, and you try and claw your way out, the air just gradually disappearing? Or how about the one where you're stuck in a coma, but you're still aware of everything around you, and everyone around you just carries on as if you're already dead, although you're screaming inside that you're still alive but you can't move and do a thing? This is that book.

Carol Evers has an illness where she falls into death-like comas, something she has kept secret, save for just a special few, and her malicious husband, Dwight Evers has had enough of her having the limelight (because she’s a wonderful person) and passes her off for really being dead this final time. And so begins a gruesome tale set in the Old West that is ripe with myth, and is basically a story of long-lost love, crossed with a tale of planned murder. In 'Unbury Carol', Josh Malerman craftily brings nightmares of being trapped in a waking coma, and being possibly buried alive, onto the page, because Carol Evers lives that horror at just one heartbeat a minute.

But a couple of outlaws ride along the Trail to try and make it back to Harrows to face off against each other and they are the infamous James Moxie, who left Carol once before, and a horrific character called Smoke, who thinks nothing of pouring oil down people's throats and lighting a match. This is the man who Dwight has sent for, to stop Moxie from waking and saving our Western Sleeping Beauty. Moxie, however, is known along the Trail for the 'Trick' and has his own magic, but is haunted by haven't left Carol all those years ago, and has lived with years of regret.

All this time Carol waits on a stone slab in the cellar, she isn't asleep or even dead inside; she knows and sees what her cruel husband is doing and while Moxie rides the trail, she's desperately trying to move even an eyelid, just an inch. She's not done.

This tale takes a while to get into; the language seems otherworldly, and will immediately strike you as a book that you can't just skim though. The writing won't allow you to, as the prose is too filled with poetic language, the sort that would have been been heard well over a century ago. But it’s not just that; Malerman has written with a pace that builds tension and makes you wonder if Moxie will get to Carol in time, and suits the time period wherein everything was slower. I enjoyed how the chapters are descriptive of what’s happening within them, and not numbered, as though they had their own little story to tell within the whole. The characters are all so brilliantly crafted and written as well; especially Smoke, the villain, such a gruesome and horrific figure to imagine.

By just tapping into a common nightmare and fear of being buried alive, and being ‘awake’ in a coma with no way to communicate or move, Malerman has tapped into something so primal and frightening, and to put it into a landscape that is so unique is genius. Along with a tale of spousal murder (well, planned), and long-lost love in the Old Wild West, this is a something to behold in terms of horror literary fiction.

And a MASSIVE thank you to the MAN himself, Josh Malerman, for signing my ARC of ‘Unbury Carol’ and my copy of ‘Bird Box’ at the Emerald City Comic Con in Seattle in March, and having a chat with me. You made my day! I DID enjoy my time on the Trail!

*I received free books from Penguin Random House in exchange for this review. Thank you! 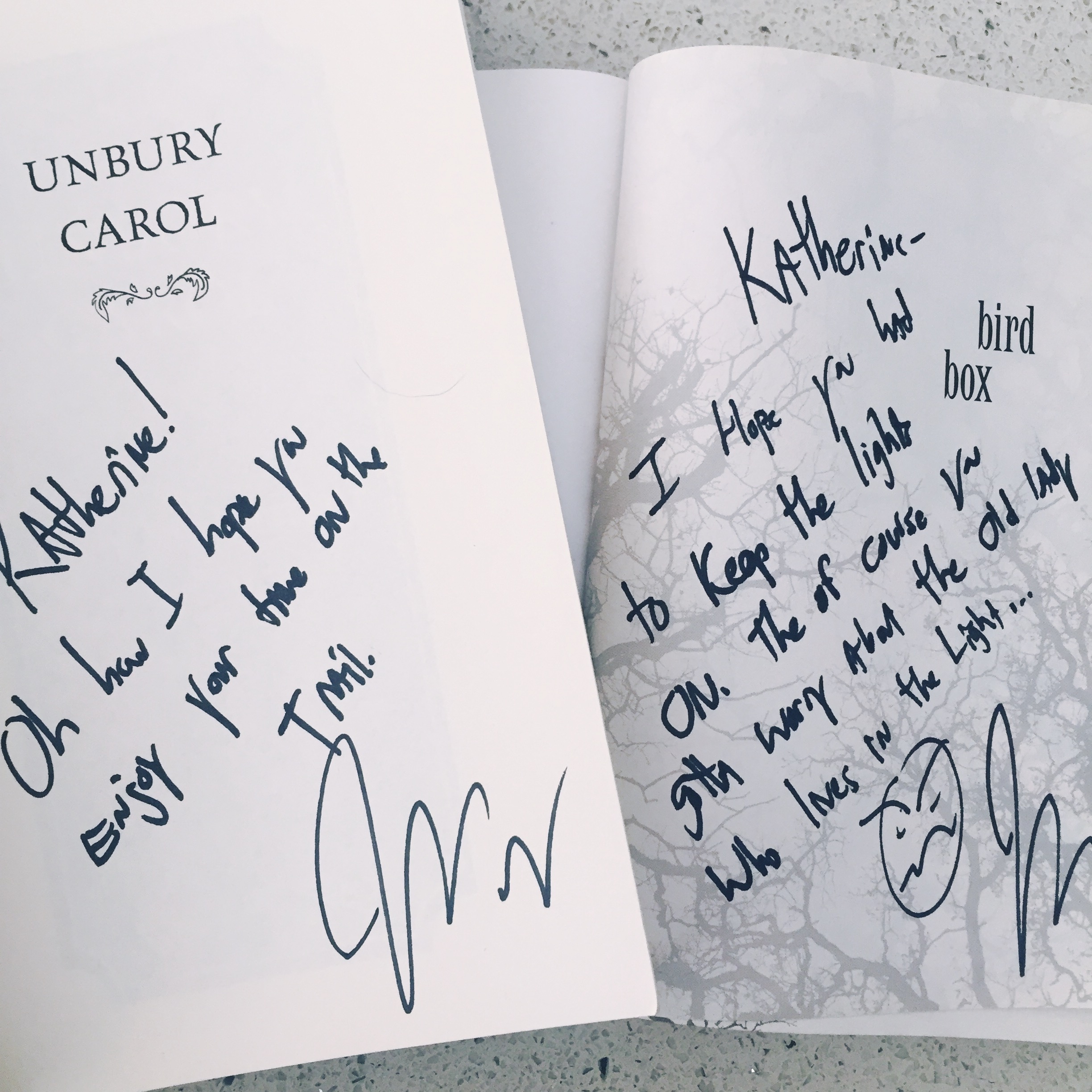